False lashes come in all kinds of shapes and intensities to add just the right amount of drama to your eye looks. Oftentimes, the problem comes with the application! Even though it doesn’t come as a challenge for pro makeup artists, it doesn’t look so simple for a makeup dabbler. And that’s why you have to get to know Ardell’s magnetic lashes! Whether you are a makeup expert or an amateur, you’re going to love this new way of applying falsies. We know it sounds intriguing and not that intuitive, and that’s why we came up with a complete guide on how to apply Ardell magnetic lashes. Are you ready to heat up your eye makeup looks?

Let’s start with a comparison! Instead of requiring glue to stay in place, magnetic lashes resort to magnetism to fix falsies on your eyes. You may well ask why you should choose one over the other, so we’re comparing the pros of each lash system. As for anything else, you’ll find advantages in both, so it’s up to you to find which one is best. Let’s take a close look at them!

Before telling you how to use them, we need to go through the different options of Ardell magnetic lashes. You’ll find two distinct systems, and we’re giving our best to tell you what’s different. As for the result, the big disparities are not in the application system but in the lash design you go for. Our suggestion is that you explore the details of the two magnetic systems and choose the one that sounds appealing to you!

Magnetic lashes must, by definition, stick to something. In this first system, they’re actually designed to stick to one another. You get two magnetic lash strips for each eye; place one strip above your natural lash line, and another right underneath. Because the strips are magnetic, they will stick together and pinch your natural lashes in-between. Available in multiple shapes and drama levels, you may go for natural or intense eye looks! If you’re looking for a recommendation, we really love the Ardell Magnetic Lashes Pre-Cut Demi Wispies. They look natural and enhance your eyes beautifully!

Another option is the system requires the application of a magnetic eyeliner for your lashes to adhere to. You’ll find kits that come with the lashes of your choice and the eyeliner, such as Ardell Magnetic Liner & Lash Wispies Kit, but also packs containing only magnetic false lashes for those who already have the magnetic liner. Equally important, you have two types of magnetic liner sold separately, so you can get the eyeliner presentation that you feel most comfortable using: liquid or gel liner. 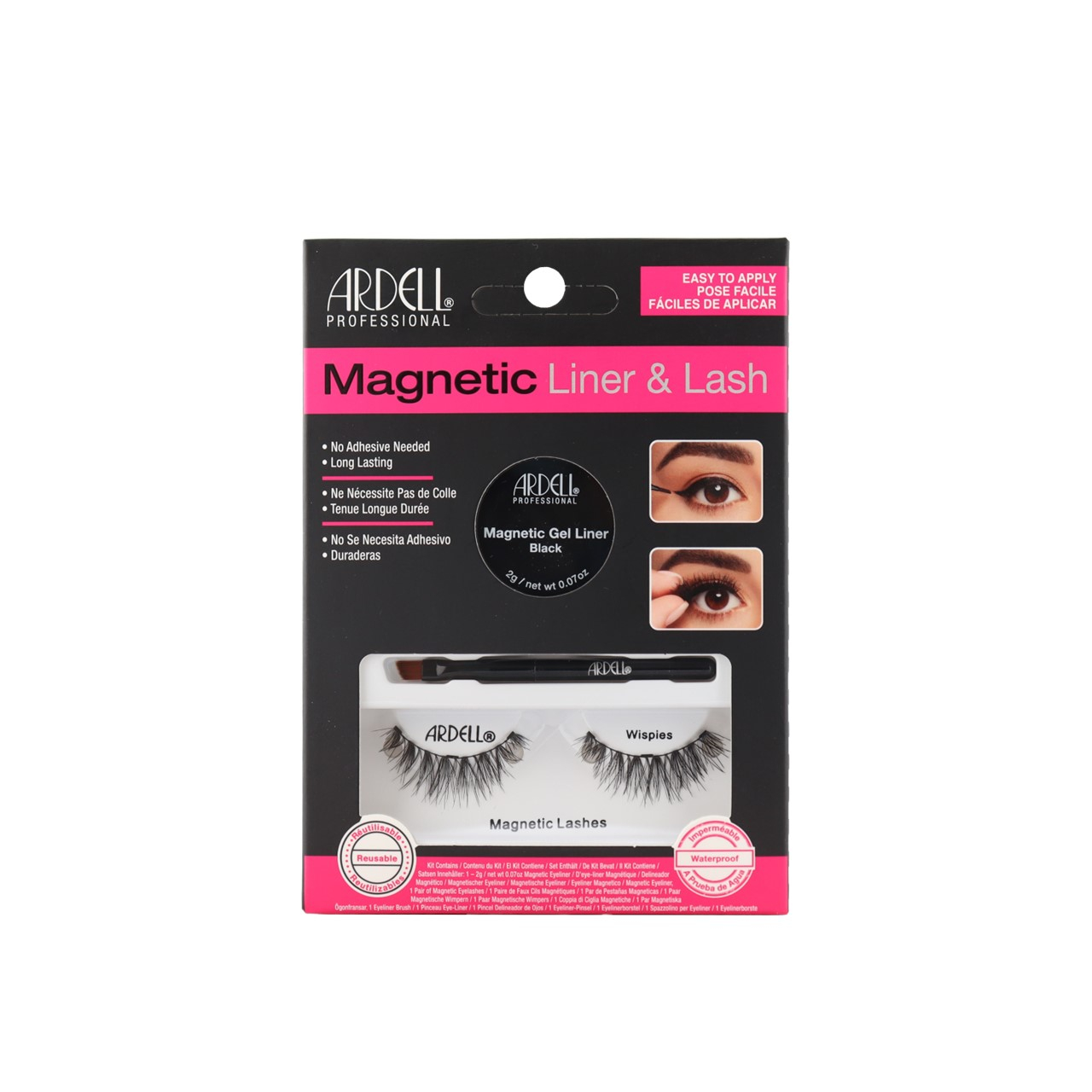 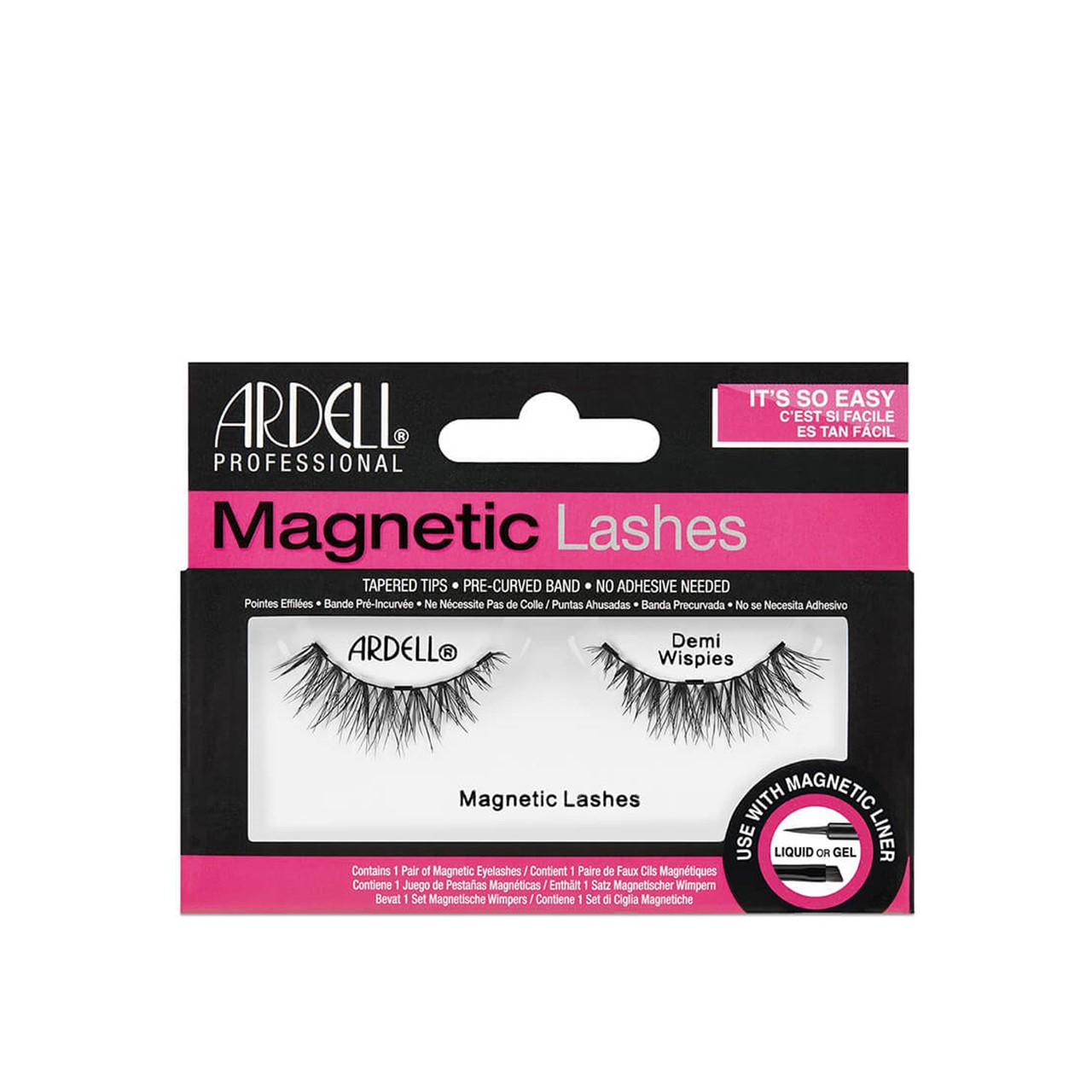 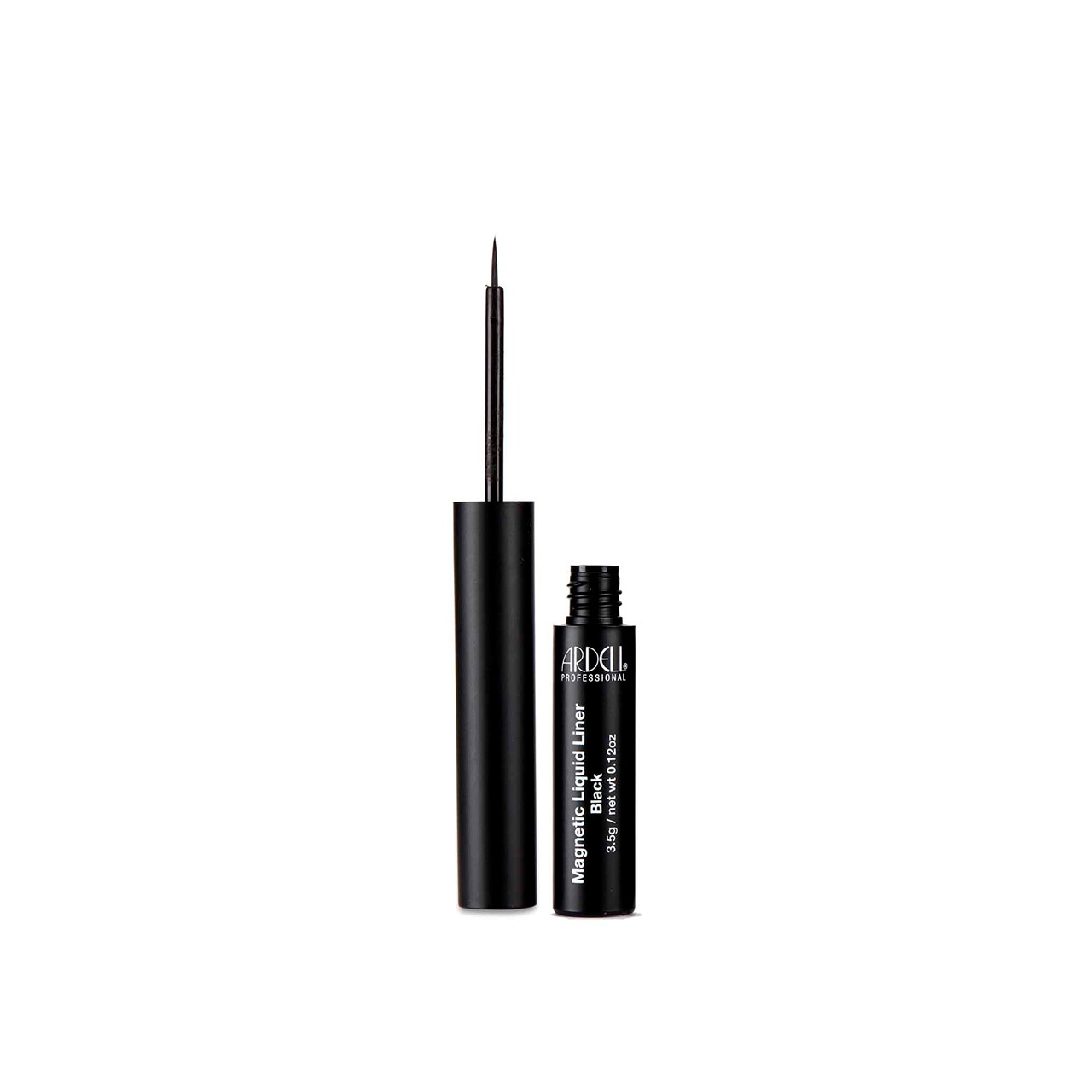 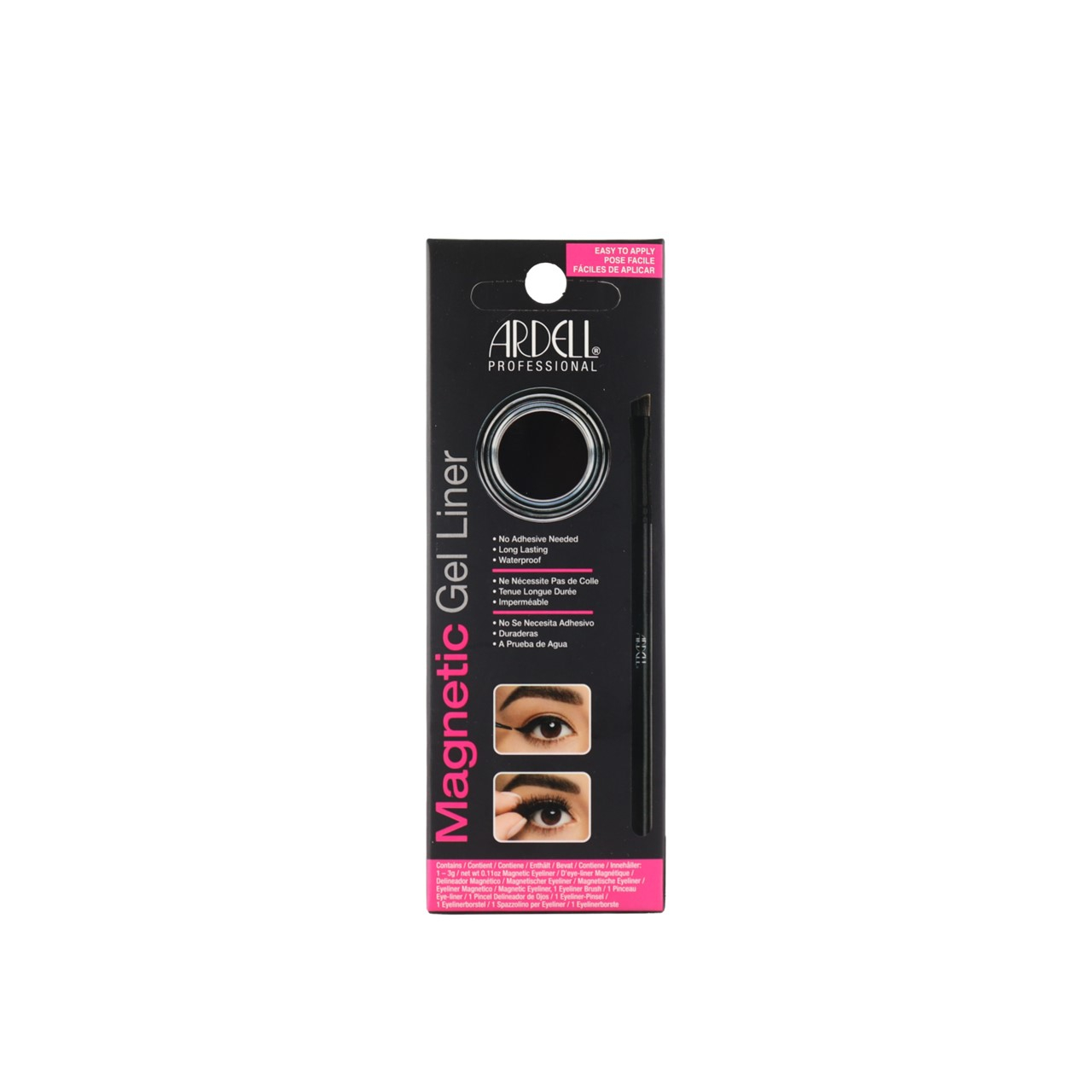 How to apply Ardell magnetic lashes

You may now know your options, but the challenging part is still to clarify: how to apply Ardell magnetic lashes? Considering the significant differences in each option, you’ll see that the techniques you need to master are also distinct. Let’s take a closer look:

As physics would predict, they immediately cling to each other. You may use your fingers to pinch and readjust them, making sure they are in place.

Note: Even though it seems really easy, let us be honest: it may take a while for you to get the hang of it. Don’t get frustrated if it takes a few attempts until it gets perfect! Once you master the technique, it just gets really easy.

Note: If you notice that the lashes are not adhering perfectly to the inner corner, then add a thicker layer of eyeliner and repeat the process.

How to remove Ardell Magnetic Lashes

Regardless of the magnetic lash system you choose to go for, the process is incredibly easy. It doesn’t mean that you shouldn’t be careful though, not only because you’re working around the eyes but also because they’re reusable so you wouldn’t like to damage them in the process. Follow our tips on how to remove Ardell magnetic lashes:

This should be the first step of your makeup removal process (we don’t want to damage the lashes with makeup remover). Start by pinching the lashes on the outer corner, and then slide the magnets apart between your fingers. Just like that, you’ll see the lashes come off effortlessly!

As you’ll notice, your magnetic falsies will strongly hold on to your liner. The best way of removing your magnetic lashes is to pull them from the outer corner. Then, pull upwards until the last magnet from the inner corner clips off. Then, you’ll have the magnetic liner to remove. For that, you can use any makeup remover, as it comes off as any other eyeliner. If you need assistance in choosing, we have a post with incredible options on eye makeup removers.

Can you sleep in magnetic eyelashes?

NO. Yes, the capitals were not an accident. This writer is actually screaming: please don’t. Not only you’d probably damage the magnetic lashes with some accidental smashing but also you could hurt your eyes with the magnets.

How to remove magnetic eyeliner?

The magnetic liner is a special product as it’s the only one that would make your magnetic lashes set. But for makeup removers, it’s just like any other makeup product. As we’ve previously mentioned, you will only need any makeup remover that is compatible with the eye area!

Can you put mascara on magnetic lashes?

You can, but you shouldn’t! That’s why we advise applying mascara on your lashes before applying your magnetic lashes. If you apply mascara on magnetic lashes, you’ll need to remove it after each use. That means that you’d have to cleanse the lashes with makeup remover after taking them off, which would certainly decrease their lifespan. With repeated cleaning, you’d damage the lashes at some point and you’d need to replace them sooner than needed if you just avoid applying mascara on them!

We hope this made magnetic lash use uncomplicated! If you’re not done with highlighting with tips to make your eyes pop, check our recommendation on eyeshadows pencils to elevate your eye makeup game. 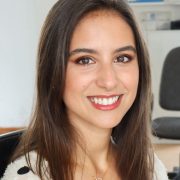 Product Specialist at Care to Beauty